Cockroaches are the idea of everyone worst nightmare. They are well known for spreading diseases and are associated with several other health risks. Exposure to this pest can put you at risk of dysentery, salmonella or gastroenteritis. Increases in childhood asthma and eczema have been linked to roach droppings. A quick response at the very initial sign of an infestation is usually important to control roaches in your home or business and to prevent the spread of this insect to your neighbors. Their ability to breed quickly and their flexibility means that a professional service is often the most reliable means of control. Only specialized roach control products and solutions are strong enough to get rid of all stages of their lifecycle. Call We Clean Pests to schedule an inspection of your property and review our variety of effective solutions.

Although there are many species of cockroaches around the world, the ones that are most common for homeowners are:

Do cockroaches cause harm?

Roaches are equal-opportunity invaders. These irritants can establish themselves wherever they can get reliable food sources, water and shelter. Unluckily, people’s homes are one of the main suppliers of all three of these roach needs. Mose homes in urban areas host roaches, even though homeowners might not notice their presence. The pests are not known to bite, though some common species do have hefty leg spines that can scratch your skin. More importantly, the pests are possibly harmful to your health.

What are the main problems associated with cockroaches?

Apart from being unattractive pests, roaches can also be a health danger. When an infestation occurs, the presence of the roaches in huge numbers increases the hazards conferred by these pests. Since they are attracted to human food, roaches are the cause of food contamination. They both defecate and disgorge on the food that they eat. While this is repulsive on its own, it also spreads bacteria and parasites that might be living inside them. Some of the hazards of roaches in this regard include bacterial infections. A bacteria known as Pseudomonas aeruginosa is certainly found in roaches and can be transmitted to humans. Also, salmonella bacteria can be spread by these pests, where it can lead to diseases such as food poisoning and typhoid. Another health risk of roaches is allergic reactions. The common symptoms of allergic reactions include itching, redness, and severe asthma.

Why do you require professional cockroach control and removal service?

We Clean Pests experts in controlling cockroaches who understand how to eliminate roaches from your property. It is what we do. Our certified and highly-trained experts will be able to look at your premise and the structures around your property and determine where they are coming from. We can get rid of the infestation by applying the appropriate methods for your home and your family. We love to take a completely integrated approach to our cockroach control service. Our control solution will find out their hiding places to eliminate the infestation and then provide a solution to prevent the pest from reoccurring. Once our team member figures out where the pests are getting in, we help seek solutions that will prevent them from returning. Keep in mind that it takes a professional in cockroach elimination and prevention to completely rid your home or business for a cockroach infestation. The pests are normally nocturnal, so you need to contact us when you begin seeing cockroaches during the day. 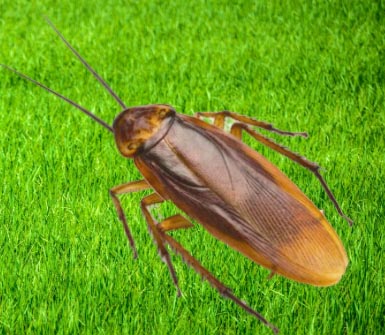 Our services and benefits include: